"Pick 2 animals and the game will morph them together! Each hybrid animal has its own unique abilities and powers. There are millions of possible creatures to make!"

Hybrid Animals is a 3D simulation game that lets you fuse your very own mutant hybrid creature and explore a vast world filled with adventure and materials to help you along the way! Battle other creatures or destroy XP blobs to level up, craft equipment to to assist you on your adventure, acquire eggs to make pets, accomplish quests and achievement goals, or play with your friends on Multiplayer!

The game has over 10m downloads on the Google Play Store alone! 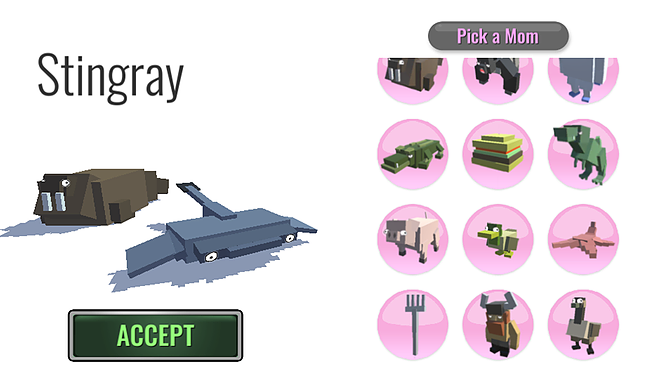 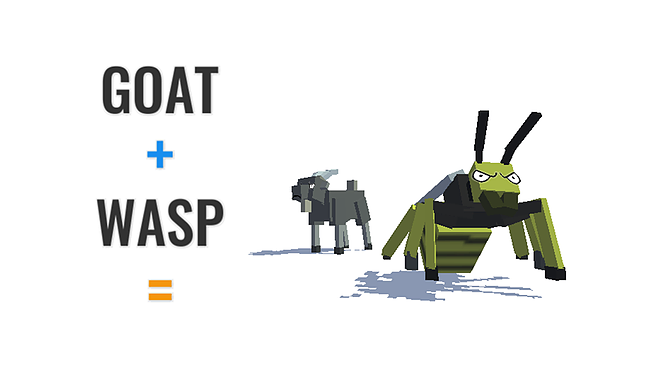 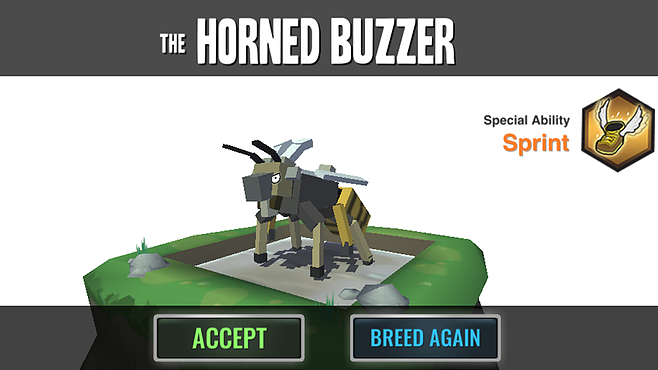 After this, your first save slot will be created, and your new world will be generated for you. Congratulations, you are now able to play and explore it!

You have just spawned in your new world. What do you need to do? Well, it's up to you.

Sure, you could destroy every blob and enemy in your path and only gain a few levels, or gather all the resources you can build a megastructure to show off to your pals, heck, you could even drain your money to get gems to buy everything in the Mutant Market, but, in Hybrid Animals, you're free to do what you want. No goals, no restrictions.

The randomly generated world of Hybrid Animals is rich and full of surprises! Harvest naturally generated items, or plunder loot chests for rare items. When you've collected enough materials, you can create a Crafting Bench to gain more advanced recipes. After that, you can build yourself a house, or even a town! There are many secrets to discover, and many new characters to talk to! Some may even need your help!

Yes, you can explore this vast randomly generated world, where you may uncover new towns, biomes, hybrid creatures, and more, but not all is what it seems in Hybrid Animals - not everyone is friendly, and the world is filled with the threat and danger of nasty hostile creatures who may want to have you for their lunch! Bring your trusty sword and armor, or your most loyal companions, when you explore the wilderness, because there's no telling what might happen out there!

Tired of playing in your world over and over? Feeling bored because there's no one to play with? Well, with Online Multiplayer's release, you can now make friends in the game with the new system. You can invite them to your world - or they can invite you to theirs - to play! And, Hybrid Animals also offers Public Servers, another way to play with more people in a whole new scape!

Explore the peaceful lush greenery of Nexus, where you can build to your heart's content without much risk of other players harming you; have some hot cocoa in the freezing glaciers of the Aether, also a peaceful realm; or defend yourself in the wastes of the dangerous Badlands, which has PVP on. Elite players and high-profile clans gather here declare war and peace (or just to show off)...

Beware though, as the servers are often a breeding ground of very high-leveled hybrids, or worse, hackers, especially on Nexus and Badlands. Enter at your own risk.

Community content is available under CC-BY-SA unless otherwise noted.
Advertisement