Creatures are the animals that wander around the world, the NPCs, and the player.

Wild creatures spawn around the world usually in groups. They can be hybrids of two different animals (or of other things like pizza), which are also creatures. Around the map there are other creatures that wander around while some (that are not hybrids) are guarding eggs. You can fuse two eggs together in the Egg Fuser to get a hybrid pet.

There is very little known about the ghost, all that is known is that they have a rare chance of spawning instead of the spawn that was supposed to happen. Appearance wise, they take the form of whatever creature they replaced, except light blue and transparent (like yandeon). Ghosts have the same behaviors, and size as the creature they are replacing. The name of the creature is replaced by the word 'ghost' and ghosts will drop bones upon death (needs more studies to be proven 100% true). A version of ghosts that are called "Vengeful Spirits" appear on the Underworld, are the same except for their color, red and transparent (like shindeon). Some spirits have armor and swords, which is what differs them from ghosts.

There are faces that display above the creature depending on their behavior. They are either scared of you/docile (shown by a blue scared face,) neutral (shown by a gray unimpressed face,) or aggressive/hostile (shown by a red angry face). A pet obtained through the Egg Fuser or hatched from a companion egg will show a yellow lazy/peaceful face above it.

Creatures displaying a blue scared face icon above themselves will run away from the player if approached. They will run for an extended period of time, but will attempt to defend themselves by resorting to attacking when chased for long enough.

Creatures displaying a gray unimpressed face will keep to themselves if left alone. They do not attack if approached but will begin dishing out attacks once attacked themselves. Any form of damage that comes from the player will trigger an aggressive response from them. These creatures will pursue and attack the player for a duration before returning to a neutral state. Once returned to this state, the creature will not attack the player unless provoked once more.

Creatures displaying the red angry face icon will always be aggressive towards the player. Approaching these creatures only results in them chasing and attacking you. Attacking these creatures from a distance only serves to give away your location, as they will begin chasing you from a much longer range. These creatures eventually give up the chase, however, and retreat towards their location prior to being provoked. Unlike the creatures sporting the gray unimpressed face, they will not convert to a neutral state and are willing to attack any new player that approaches them.

These faces will only appear on Companions. Creatures displaying these icons above their heads are your friend, and will attack other creatures who have decided to show aggression towards you, or other creatures you order them to attack.

Player creatures are creatures that the player plays as.

To create a creature, choose two animals (a mom and a dad) from the selection on the creation screen. Depending on what 'animal' you use, the hybrid creature will have different perks, and different names.

Other animals must be purchased from the Mutant Market before they may be used. These are known as Premium animals and are displayed on the selection screen within gold bubbles. List of possible prefixes and suffixes (name parts) when using both Default and Premium animals: There is the mutation stone behind the parents being fused. On it, the hybrid will suddenly appear after the process is finished. An empty white space surrounds everything.

NPCs or the non-player characters are the different creatures around towns that may help you in your travels. They range from food-selling to information and decor-trading.

Each of them have their own pages in this wiki. You can look them up or simply click on the links below.

Every NPC has a dialogue upon being interacted with. You can see their dialogues in their individual pages.

After each dialogue, there are two options, to buy or to sell (except for Vitamin Ape, and Cupcake Crab--who only has the sell option).

Selecting buy will make the player go through the NPC's shop to buy an item while tapping on sell will make the player sell something from their inventory (Excpect Cupcake Crab. It buy's anything. You can cancel a conversation by pressing the X on the top-right of the screen. 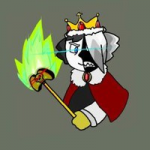 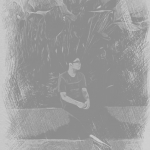 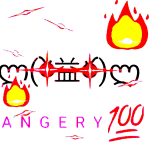 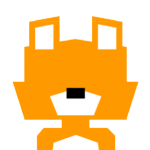 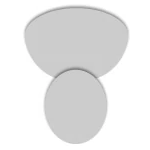